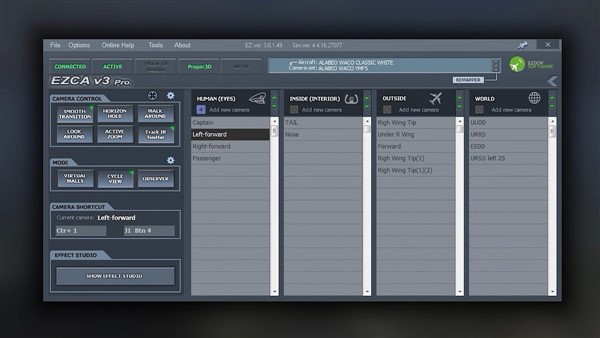 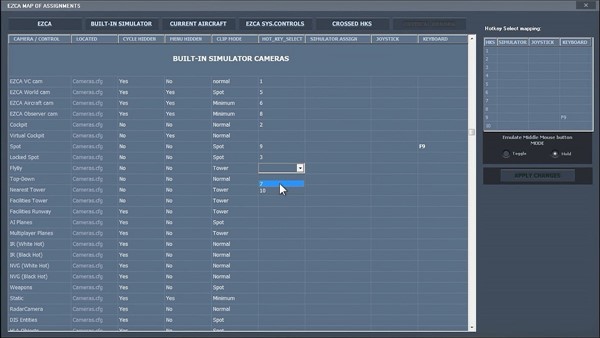 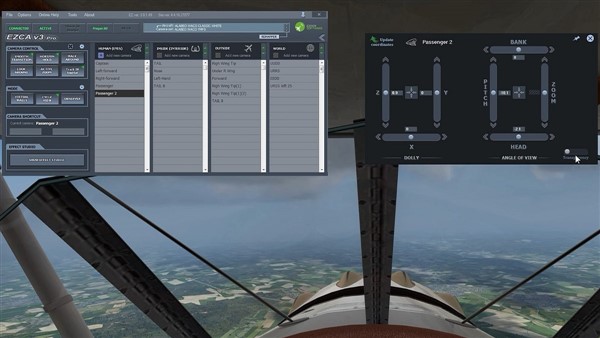 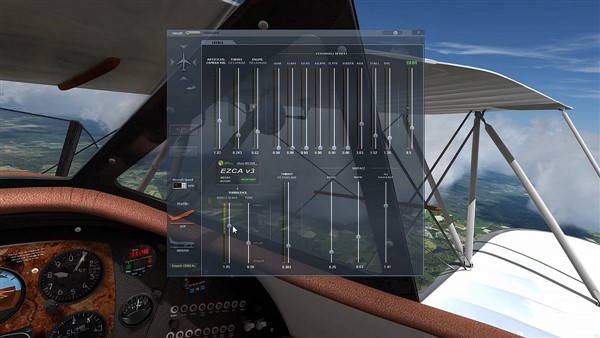 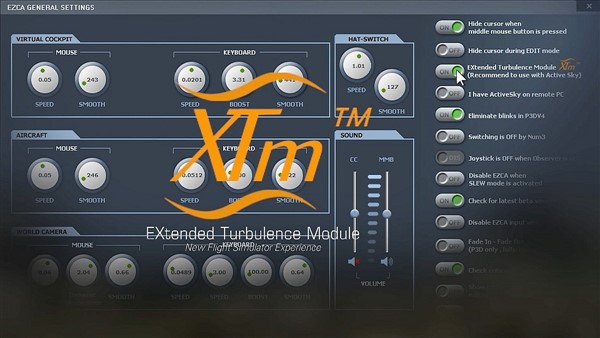 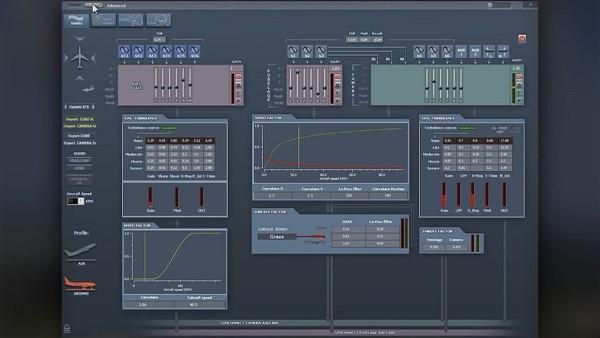 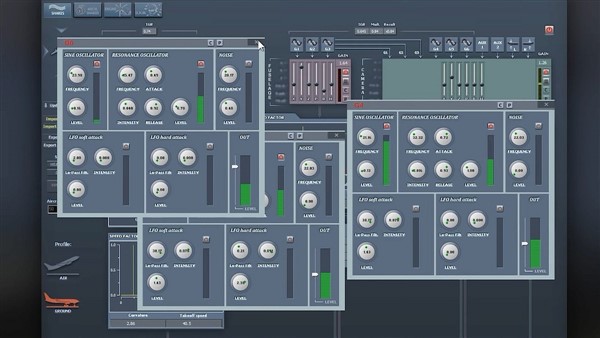 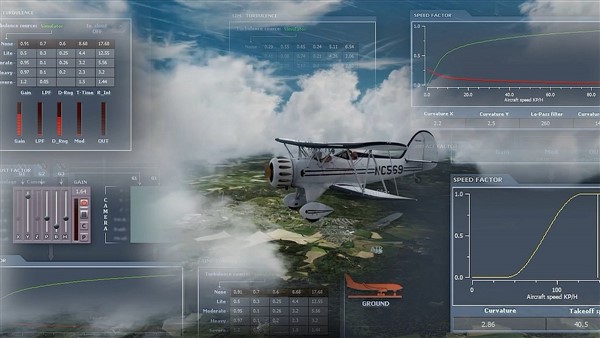 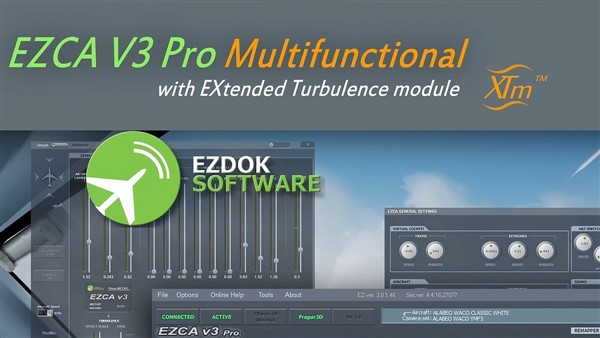 Flight One Software, in partnership with EZdok Software, is excited to offer EZdok Camera Professional Version 3 for Microsoft Flight Simula

EZdok Camera (EZCA) is a camera and effects system and manager that enhances the pilot experience in FSX/Prepar3D. It offers view control in Flight Simulator for easy navigation throughout the virtual cockpit and cabin, around the aircraft, and around the Flight Simulator world.

There are a whole slew of new features in version 3, which have taken 1000's of hours to develop. Check out the official EZCA Professional Version 3 video in the photo gallery, which highlights many of the new features.

Many more videos can be found at http://ezdok-camera.com.

An important distinction of EZCA V3 compared to the previous EZCA V2 is a new, revised concept of the entire effects' system: