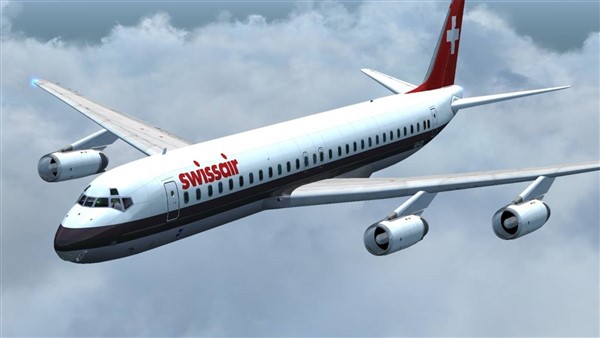 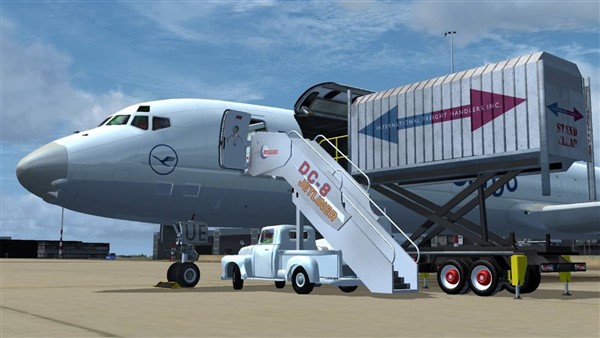 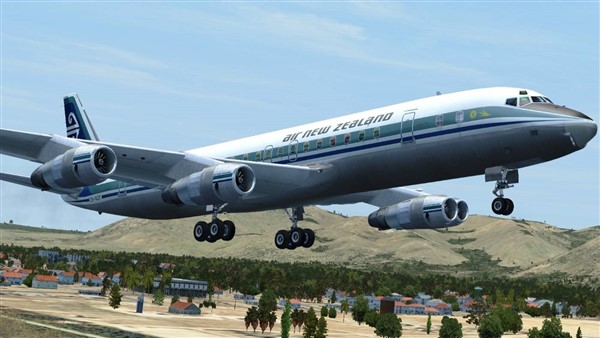 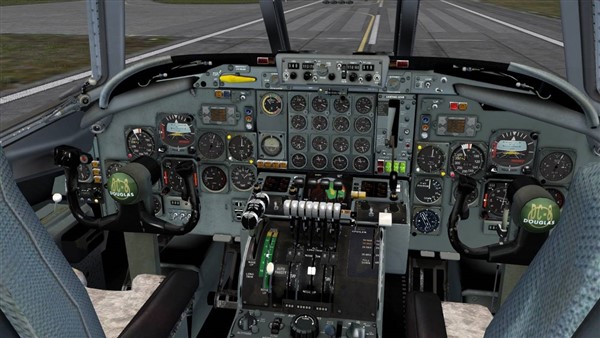 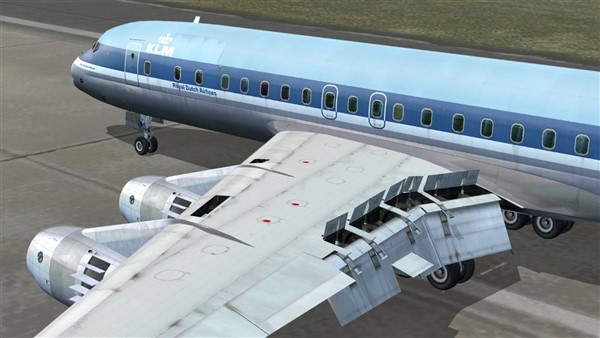 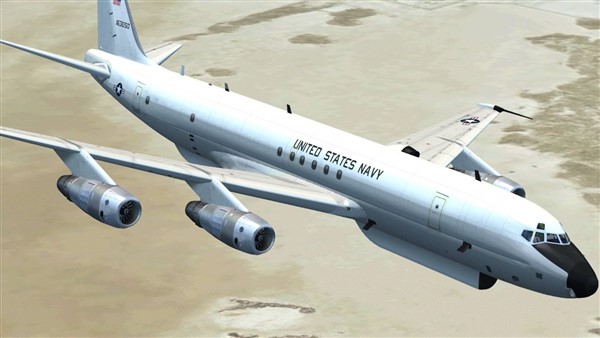 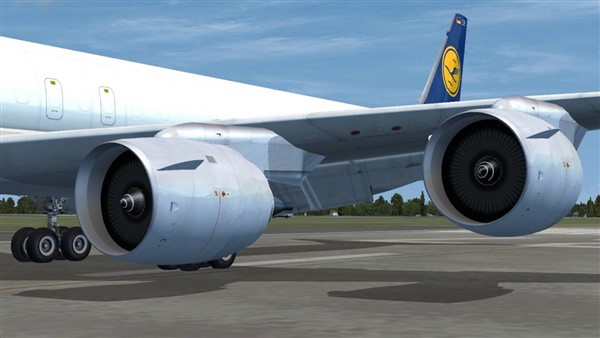 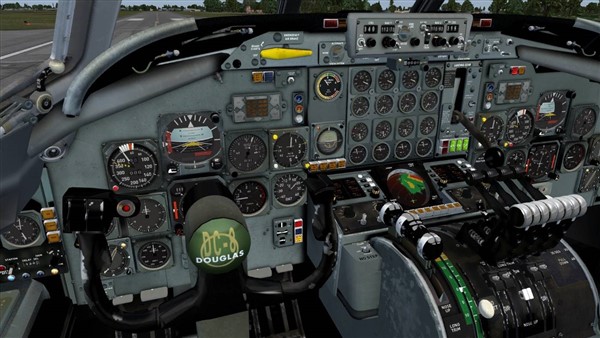 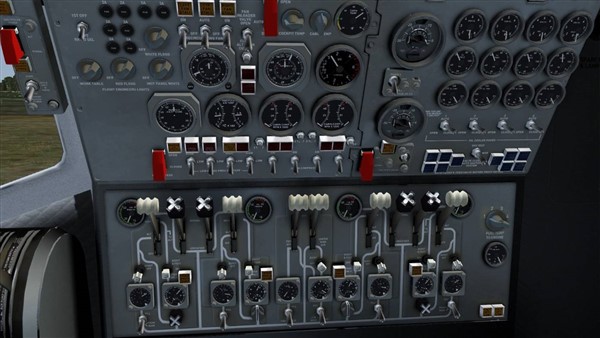 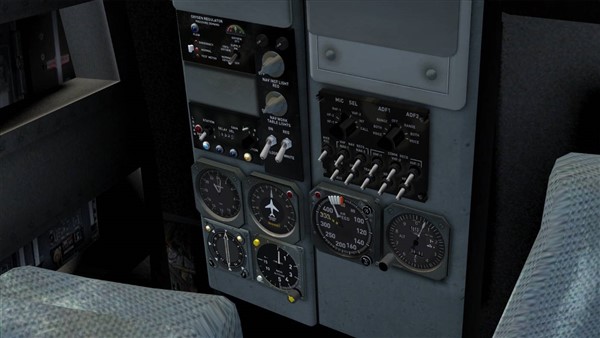 This FSX and Prepar3D collection covers the short fuselage -50 series up to the ultra-long stretched -73 series.

This FSX and Prepar3D collection covers the short fuselage -50 series up to the ultra-long stretched -73 series and includes three distinctive cockpit variations from the classic round-dial analogue version through a part-modernised version to the modern \'glass cockpit\' variant in the later models.

This collection of the later series of DC-8 models, complete with 20 high-resolution liveries from around the globe, combines all the very latest modelling and texturing techniques with accurate flight dynamics and realistic sounds to bring you an authentic simulation of these iconic aircraft!

Every model is built over accurate factory standard plans and all feature the characteristic \'double bubble\' fuselage, nose \'nostrils\' and multi-pane cockpit glazing that make this aircraft so distinctive.

As a special bonus the unique US Navy EC-24A aircraft is included. With a myriad of \'lumps and bumps\' and antennas all over the aircraft, it\'s not hard to guess its role in electronic warfare training.

Pratt and Whitney and CFM-56 engines on the later versions, all modelled with their own unique reverse thrust operation.

Many unique animations, including retractable landing lights, opening pressure valve gate in the tail, rams and operating levers for the spoilers and flaps and, of course, the trim-adjustable flying horizontal/elevator tail assembly.

Realistic wing flex and many special effects which include the incredible smoke clouds and trails from the early DC-8 jets and reverse thrust smoke coming from the apertures in each engine when reverse thrust is applied.

The complex virtual cockpit has been built with authenticity in mind - the Engineer\'s station alone contains hundreds of realistically operating switches and dials for monitoring the engine, hydraulic, electrical and fuel systems. Just about every switch, lever and knob is operational and functional. Flight instruments can be set up just like the real thing.

A very realistic (and noisy!) sound set is included for the Pratt and Whitney JT range of engines fitted to the -50, -60 and EC-24A models with their distinctive "howling" air start and another custom set is provided for the quieter CFM engine used on the -70 series.

Flight files have been developed by a real-world DC-8 engineer and tested by flight crew with real-world DC-8 experience. Correct fuel systems and other engine maintenance routines are included.

A professionally produced stereo sound set is matched to the different engine types: the Pratt and Whitney JT range of engines for the -50, and -60 with their distinctive \'howling\' air start, and another authentic set for the quieter CFM 56 turbo fans on the -70 series aircraft.

Special effects have been created to reproduce the incredible smoke trails the earlier DC-8 jets produced. These are, of course, far less noticeable in the CFM 56 engine versions!. Correct reverse thrust smoke has also been modelled and can be seen streaming from the apertures in each engine when reverse thrust is applied.

When using the fuel dump facility, the dumped fuel can be seen streaming out of the wing vents.

A comprehensive cockpit guide and flight tutorial is provided in illustrated PDF format.

A professional-standard paint kit is available to download so you can create your own liveries.

""The amount of care Just Flight put into the cockpit is unprecedented. There are so many excellent features it\'s hard to summarize them... The animations are extremely well thought out and match the actual aircraft... You are really getting three tremendously great aircraft for the price of one... It\'s hard to say but this plane is underpriced considering all the features that Just Flight gives"" Aerosoft Sim News