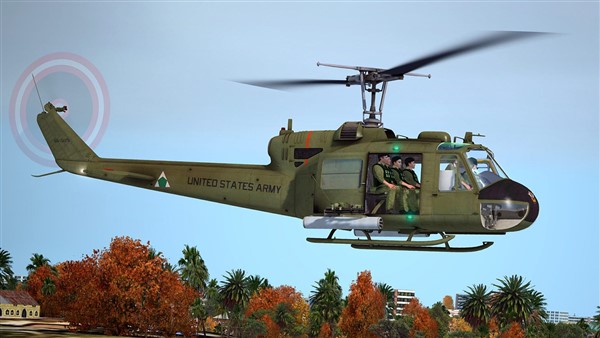 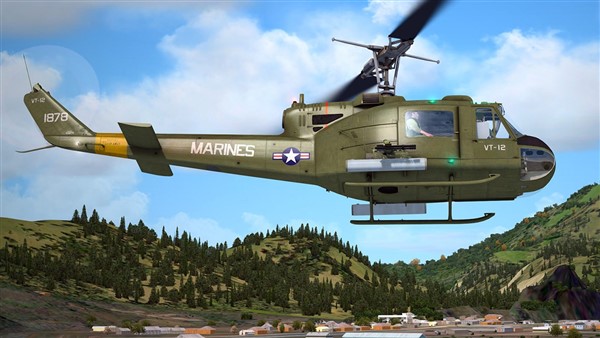 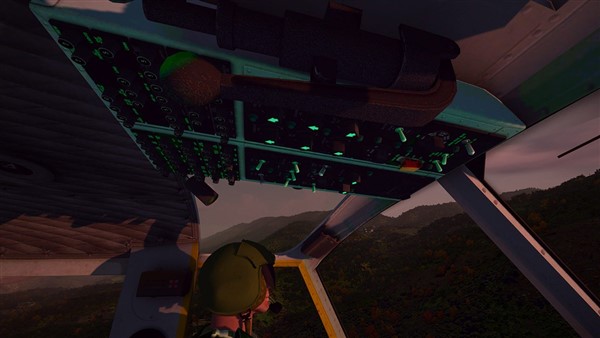 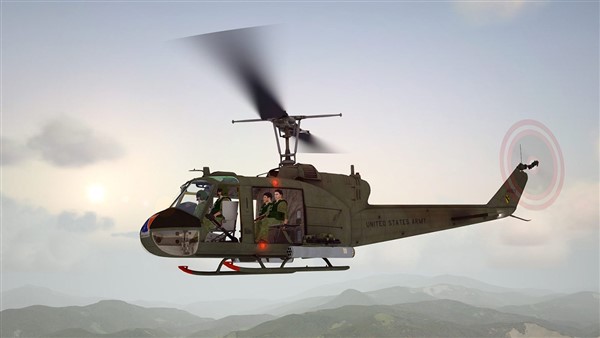 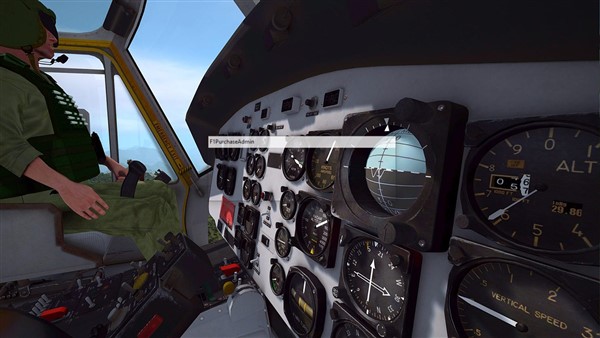 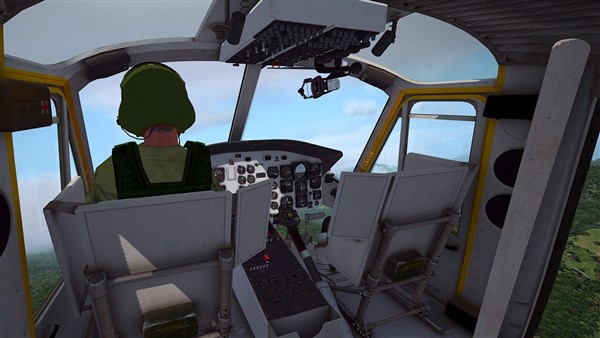 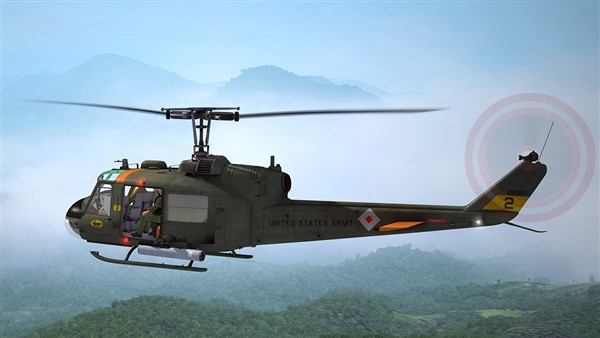 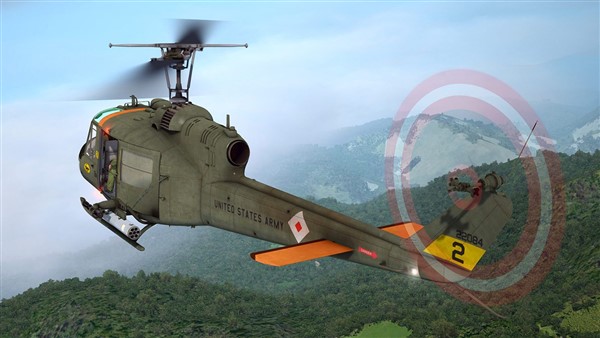 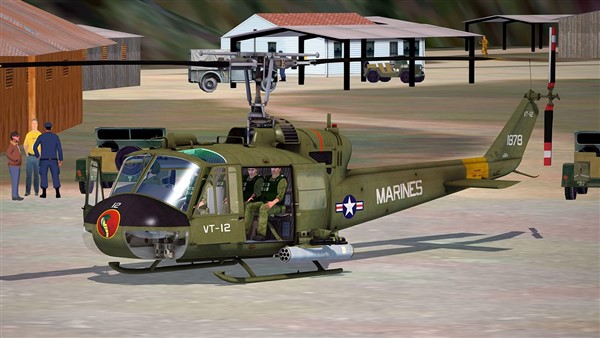 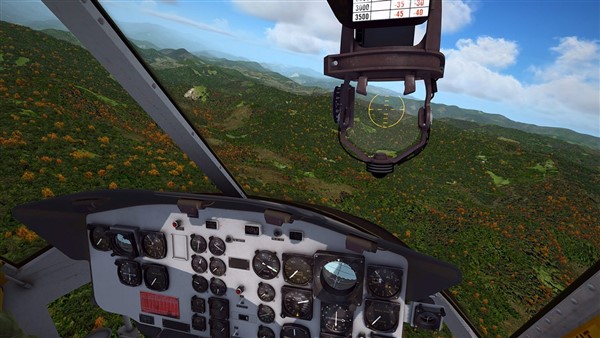 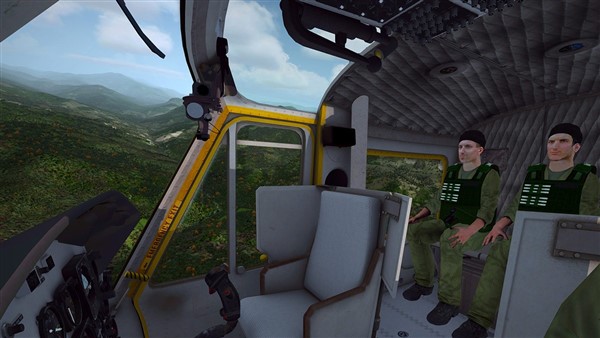 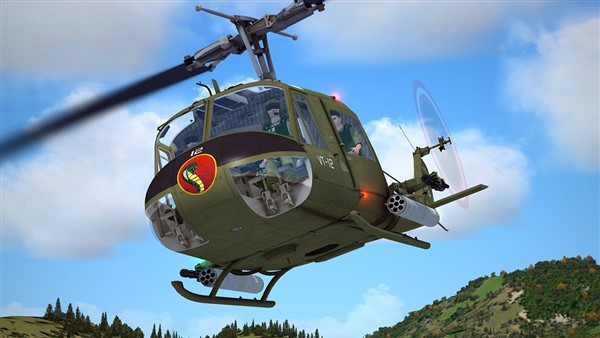 One of the most iconic military helicopters of all time is ready for your simulator!

A History of Service

The venerable UH-1 is easily one of the best known militaryhelicopters of all time, with over 16,000 manufactured across a wide number of variants. With common configurations included for the UH-1C and the UH1-H and an exacting eye for detail and industry-leading fidelity, our UH-1 will be more than happy to serve in any scenario you can load up.

We are very excited to introduce our newly developed UH-1 Redux package, featuring the two primary single engine variants of the famed UH-1, the UH-1C & UH-1H. These two helicopters are at the forefront of our efforts to provide the simulation community with high-fidelity, top notch recreations of both modern and historical aircraft and helicopters.

Our original release of the UH-1 was over seven years ago, the result of a collaboration between ourselves and another developer. Since then, we've been eager for the opportunity to not just refresh the UH-1, but to completely rebuild it in accordance with modern expectations and our exceedingly strict standards for simulation excellence.

Our representation of the UH-1 doesn't stop at including separate fuselage models for the UH-1C and the UH-1H. We've also included common configurations unique to each version, with the UH-1C including both rockets and twin 7.62mm mini-guns, while the UH-1H is outfitted with M-60 door guns. The real world differences in flight characteristics between the two have also been carefully represented.

In addition, we've also included the ability to configure 'civilian' versions of both models, to represent the civilian production versions of the 204 and 205 models. To further accommodate use as a civilian helicopter, a wide range of modern third party avionics are supported.

If there's one thing that our team is known for, it's our careful attention to even the smallest details. Both versions have beenre designed from the skids to the rotors, both inside and out highly detailed modeling is designed to reflect accuracy on every level, from the panelling on the exterior, to the switches and gauges in the cockpit.

As a counterpart to the superb 3D modeling work, high resolution textures and paints have been created with the primary goal in mind of creating an environment that looks incredibly realistic. Multiple liveries are supplied with the package representing common units in service, and a professional paint kit is included for users to create their own liveries.

From the moment you take a seat behind the cyclic, we want you tobe immersed. Authentic working systems and start-up routine, along with a large array of fully functional and operable controls and switches put you in full command of a very precise simulation of this venerable workhorse.

Our expertly created flight model has been nuanced to provide detailed accuracy throughout the flight envelope, closely matching real world pilot reports and flight numbers. Handling and dynamics are affected by changes to the UH-1's gross weight and balance. Pushing the limits of flightsim capabilities, the UH-1's flight dynamics is not only extremely accurate, but is also capable of auto rotation and vortex ring state (VRS).

Heightening the level of immersion even further is our high quality sound set recorded from the real deal, allowing us to faithfully recreate the audio detail of the real rotorcraft. The single turboshaft engine sounds clear and powerful, and you can hear the twin-blade main and tail rotors tearing through the air as you raise the collective and get underway.

Our innovative MilViz Aircraft Management System (MVAMS) is further refined and included for this release. It allows easy control and configuration of many aspects of your helicopter, including configuring your model, avionics suite, animations and more.

From the MVAMS program you can choose to set your helicopter toload cold and dark or ready to fly. You can choose to separately show or remove any of the four doors, optionally hide the mini guns, rockets or door guns, or even pick which crew members you want to be visible.

A configurable Force Trim option is also assignable from within MVAMS, as well as numerous avionics options. We may have recreated the UH-1 to the absolute best of our capabilities, but we're allowing youthe ability to truly make it yours.

While it might be out of place in your vintage era military UH-1, it's very true that today's civilian helicopters feature an extremely wide ranging assortment of GPS units and avionics. With this package, we're offering an extensive amount of compatibility for popular third party gauges and avionics. Built-in configuration support from within the MVAMS application is included for the following:

Please note that compatibility for the above gauge packages includes support for installation and setup of our product only use ofany of the offered options requires a functional existing installation of the appropriate gauge. The UH-1 comes with our MilViz 430/530 combo, but any other gauges we list compatibility for are not included.

The MilViz UH-1 Redux package supports a full range of platforms, in a single downloadable installer:

The UH-1 Redux package comes with integration support for the3rd party VRS TacPack software add-on. It optionally adds live, fire-able weaponry to the UH-1C and the UH-1H when configured appropriately, in addition to NVG. TacPack users gain visual and audio weapons effects - as well as the ability to damage the simulated environment!

TacPacksoftware offers stand-alone weapons and warfare platforms for both Flight Simulator X and Prepar3d. It is a payware product and is not included with your purchase from MilViz. An appropriate, platform specific version of the TacPack software is required for the described extended functionality and integration in the MilViz UH-1 Redux.


"MilViz have produced a great version of the UH-1 - one which will remain in my hangar for a long time."
- excerpt from the review at Mutley's Hangar, where we are very proud to say the UH-1 Redux scored a 9.5/10 and received a Mutley's Hangar Gold Award!

This release is TacPack enabled; optional features require a working installation of the TacPack software (not included).