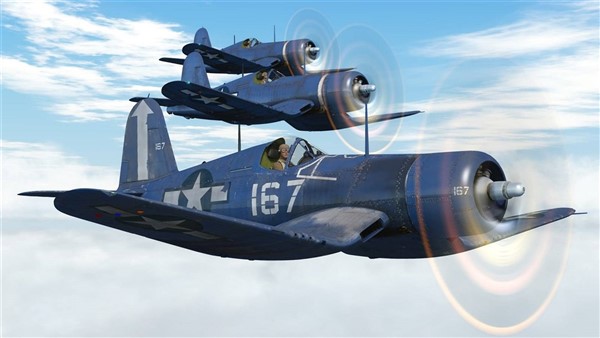 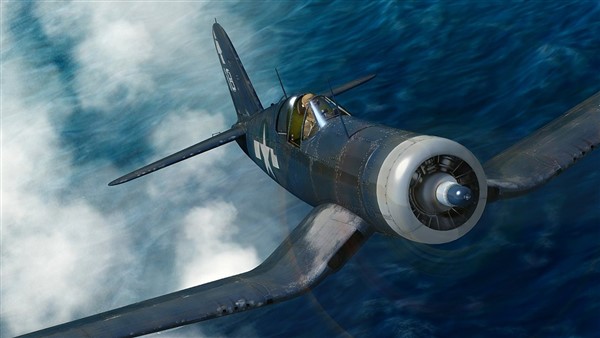 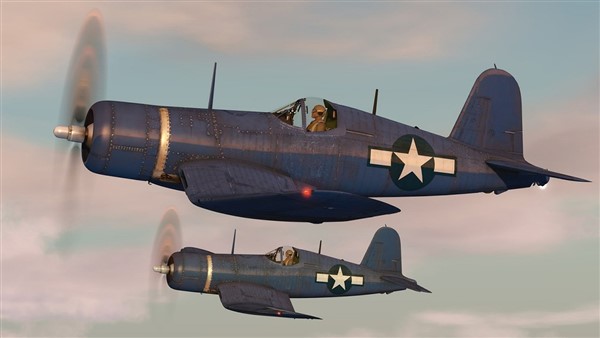 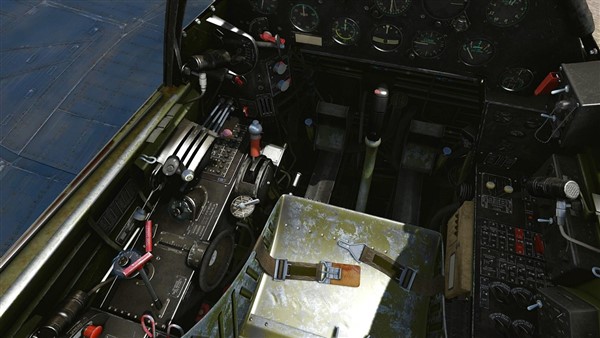 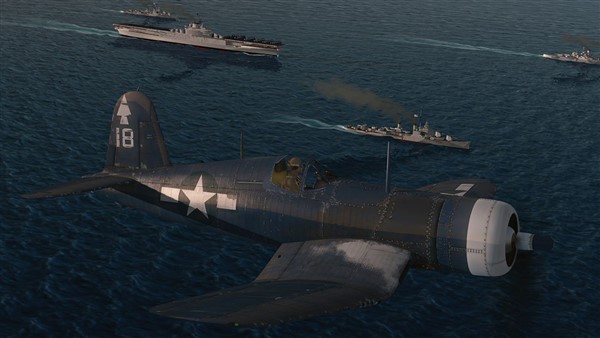 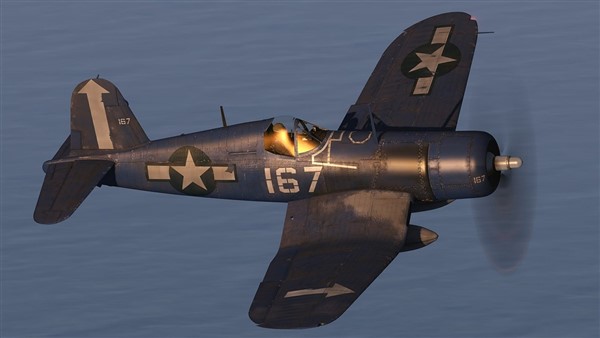 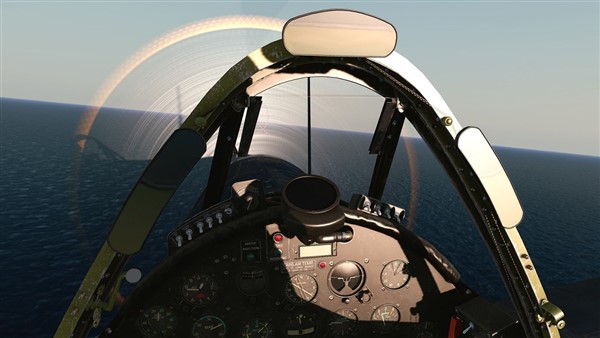 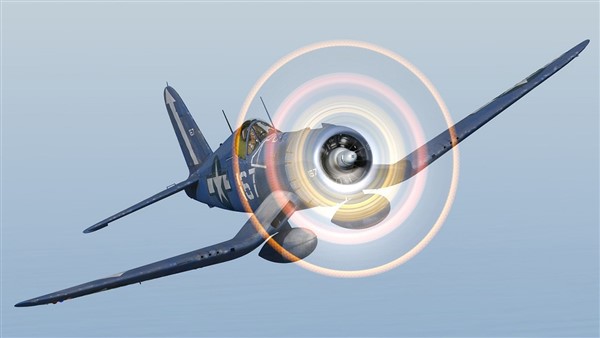 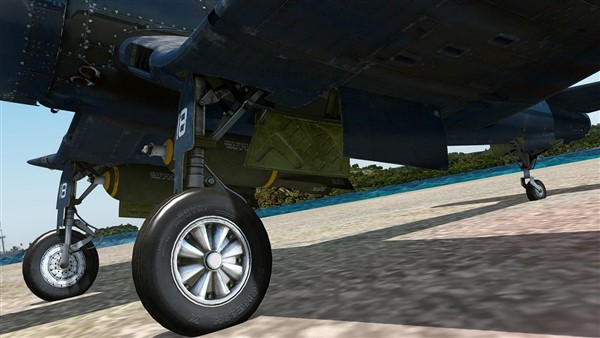 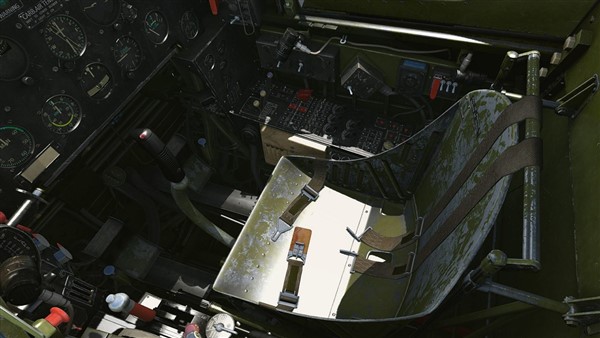 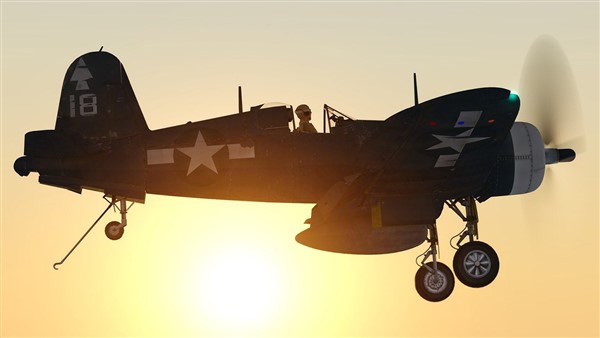 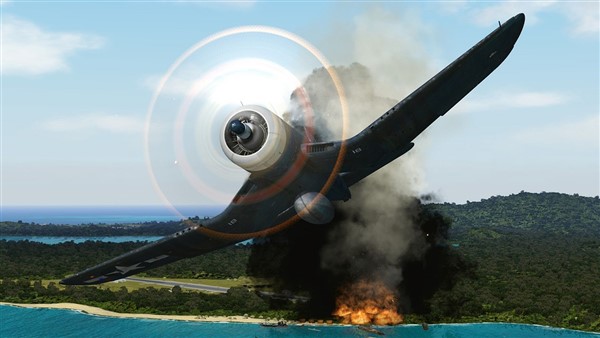 One of the definitive WWII fighter-bombers now available in stunning detail!

One of the most visually distinctive fighters developed during the Second World War, this famous fighter-bomber with its iconic inverted gull wing is ready for deployment and eager to grace your simulated skies.

One of the most iconic aircraft from the Pacific theatre of WWII, the Corsair was also arguably one of the best performing. Deployed primarily with the US Marines, the aircraft achieved a staggering 2,140 air combat victories against 189 aerial losses - an overall kill ratio of 11:1. The Corsair also carried over 70\% of the total bombs dropped by US fighter aircraft during that conflict, flying just over 64,000 sorties combined.

It's really no surprise that such feats required an exceptional aircraft, which the Corsair indeed was. Powered by the 2000 hp R-2800 Double Wasp coupled to a huge three blade propeller that measured 13 feet and 4 inches, the aircraft was a fair bit faster than the F6F Hellcat and only slightly slower than the P-47 Thunderbolt, with the difference more than acceptable considering that top speed on the P-47 was reached at an altitude of 30,000 feet, while the supercharged Corsair reached it's maximum speed at 19,900 feet!

Our Corsair is loosely based on a FG-1D that was produced too late for active service in WWII BuNo. 92132 spent it's naval career in the Reserves before it was retired in 1957. Brought back to life in the 70's for a brief stint in the television show Baa Baa Black Sheep (later syndicated as Black Sheep Squadron), this particular aircraft then languished again for a few decades before being acquired by the Tri-State Warbird Museum in Batavia, Ohio, where it is now being lovingly restored to original condition.

From the moment you choose one of the 6 provided HD liveries and settle into the cockpit of the MilViz FG-1D Corsair, you'll know this aircraft is a step above. From the exquisitely detailed textures and precise 3D modeling inside and out, to the custom 3D gauges that allow you a window into the behaviour of the Corsair, every detail has been brought to life with the intent to maximise realism and immersion. Under the long nose, the manually supercharged R-2800 Double Wasp rumbles to life, ready to leap into the sky at your command. The flight control and handling is designed to closely replicate the experience of flying the real aircraft you'll have your hands full taming the amazing amount of torque and power this aircraft is capable of producing.

Not least of all, the MilViz FG-1D is ready for carrier operations, with folding wings and a working arrestor hook.

Replicating the complex flight dynamics on such a powerful and high performance aircraft such as the Corsair is no easy task. However, our expert FDE artist' has employed every bit of a considerable amount of knowledge, testing and teamwork to arrive at an aircraft that compares closely to the real thing - an aircraft nicknamed the 'Ensign Eliminator'.

The MilViz FG-1D rewards attention and masterful flying by-the-numbers capability is available at all flight regimes. Proper technique will be required to recover from stalls, as well as for performing for safe landings and textbook take-offs.

Our innovative MilViz Aircraft Management System (MVAMS) is included with this release. It allows for easy control and set-up of the aircraft, including configuring the default start-up state, radio frequencies, as well as allowing the setup of a joystick axis for the two-stage supercharger. It also allows for easy notification and application of hotfixes as they are released for your aircraft.

The Milviz FG-1D comes complete with full TacPack capability, enabling you to operate the Mark 8 illuminated gunsight, fire guns, drop bombs, or launch rockets from your now-armed-to-the-teeth Corsair. Weapons are selected in-game via a loadout manager, letting you configure your layout however you like.

Vertical Reality Simulations' TacPack software offers a stand-alone top notch weapons and warfare platform for Prepar3D. It is a payware product and is not included with your purchase from MilViz. It is a pre-requisite for using the weapons features of the MilViz Corsair, but is not required for the operation of any other portion of the aircraft. (Please note: At the time of this release, the TacPack software has not been updated for use in Prepar3D version 4. Please visit the VRS website for any information regarding compatibility of the TacPack software with your simulation platform.)

Warning: All Anti-Virus programs or software must be disabled before downloading and installing these products. Failure to do so may result in a faulty or non-functioning installation. False positives are very common and are not to be mistaken for actual viruses. We guarantee that there are no viruses present in our products.